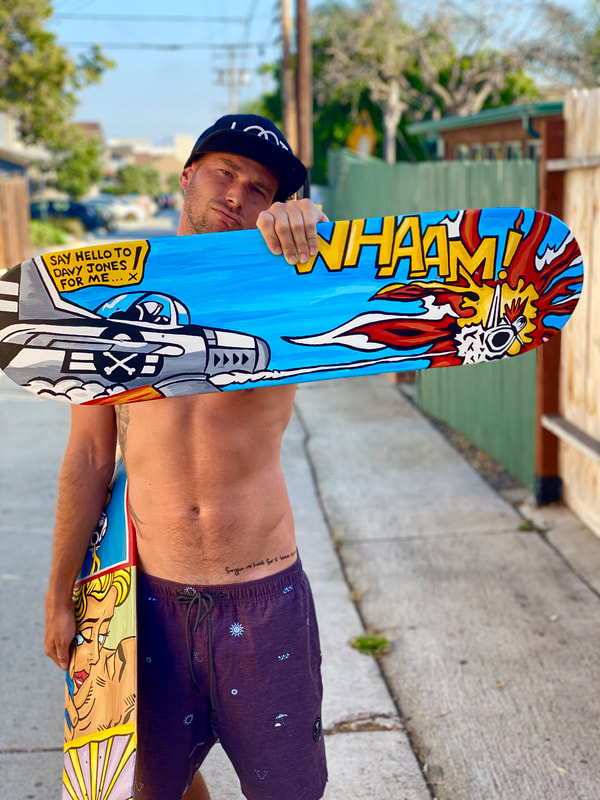 Click above image to view in eBay store
Treasure Paintings by JR Bissell A Pirate Rendition of Roy Lichtenstein into a skateboard display titled "WHAAM" by JR Bissell.
​
Description
Roy Lichtenstein was an American pop artist. During the 1960's, along with Andy Warhol, Jasper Johns, and James Rosenquist among others. He became a leading figure in the new art movement. His work defined the premise of pop art through parody. Inspired by the comic strip, Lichtenstein produced precise compositions that documented while they parodied, often in a tounge-in-cheek manner. His work was influenced by popular advertising and the comic book style. He described pop art as "not 'American' painting but actually industrial painting." His paintings were exhibited at the Leo Castelli Gallery in New York City. Whaam! and Drowning Girl are generally regarded as Lichtenstein's most famous works. Drowning Girlg, Wham! and Look Mickey are regarded as his most influential works as well. His most expensive painting is "Masterpiece," which sold for $165 MILLION in January 2017. 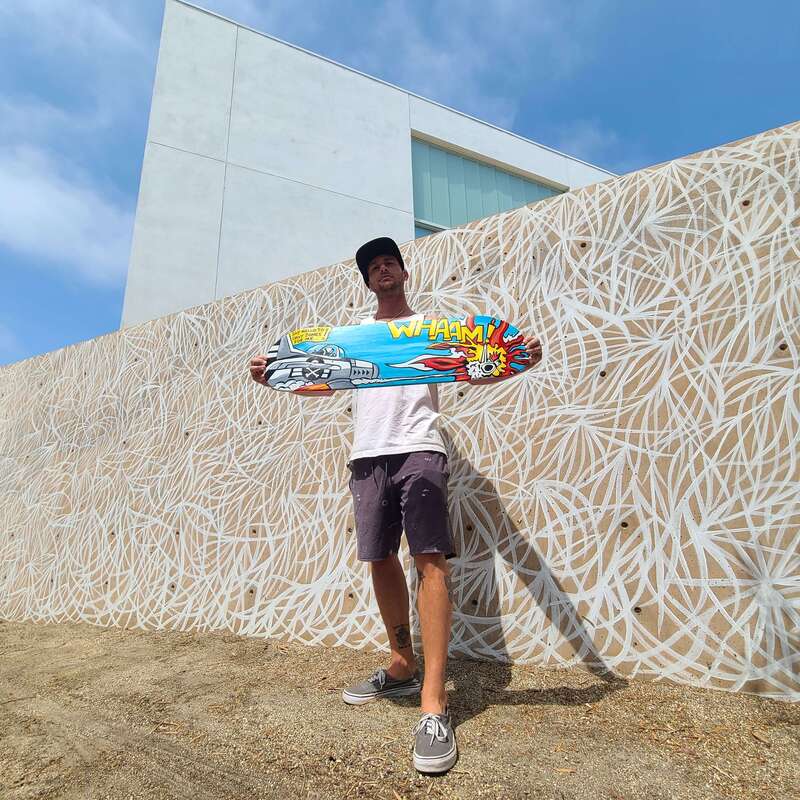 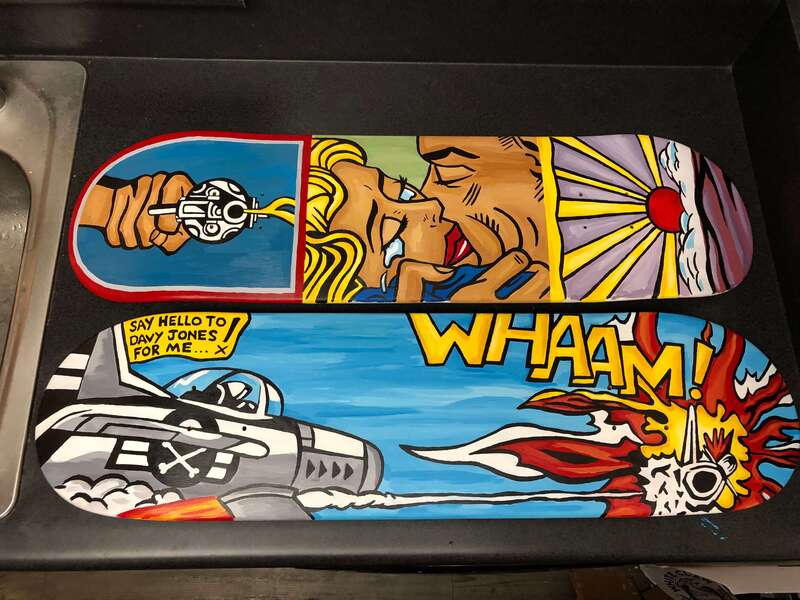 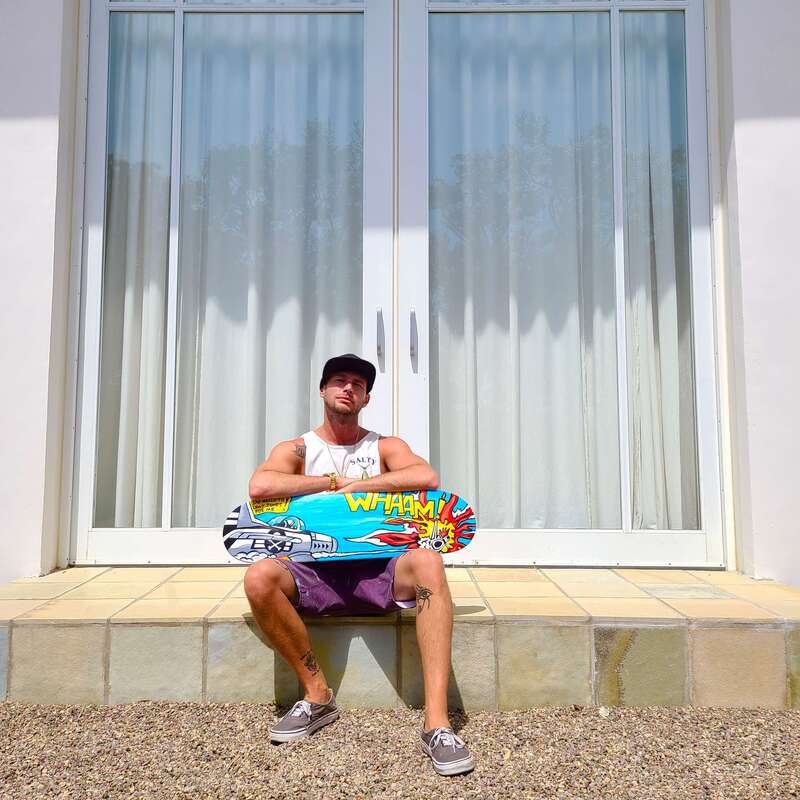 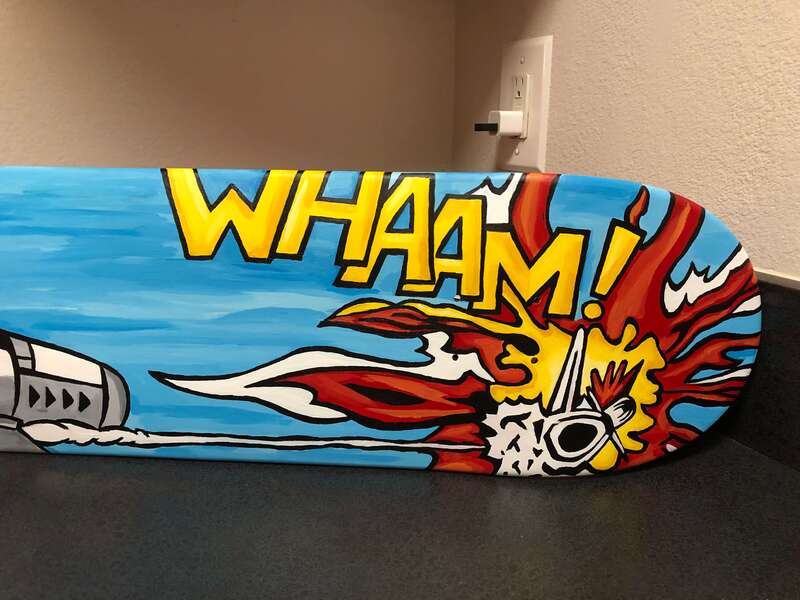 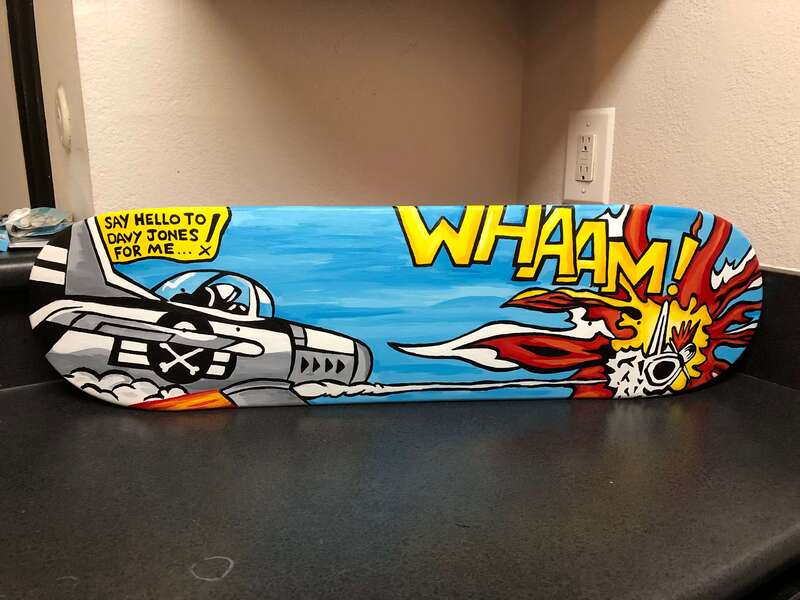 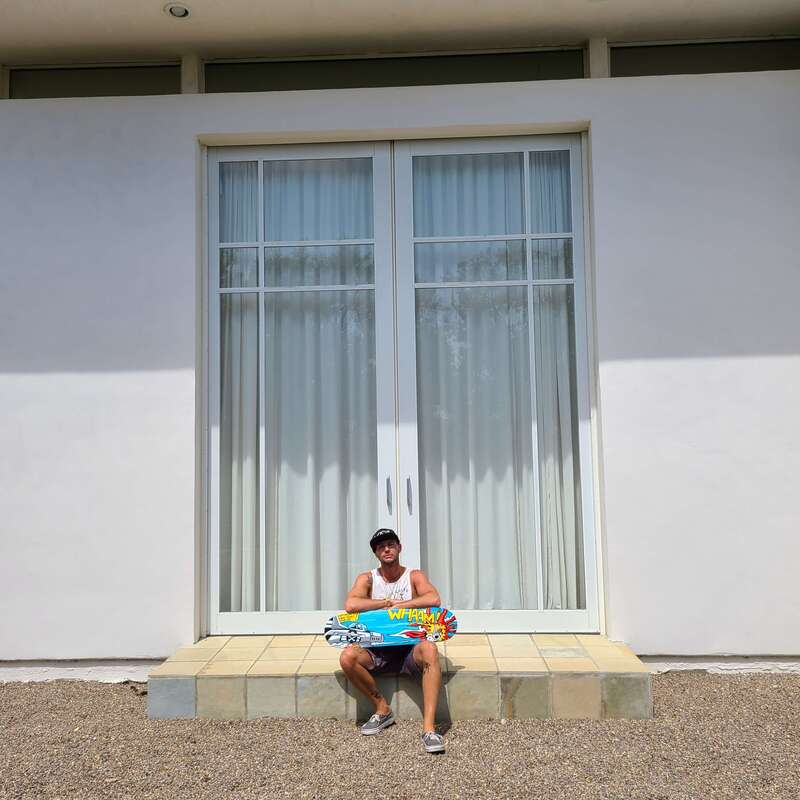 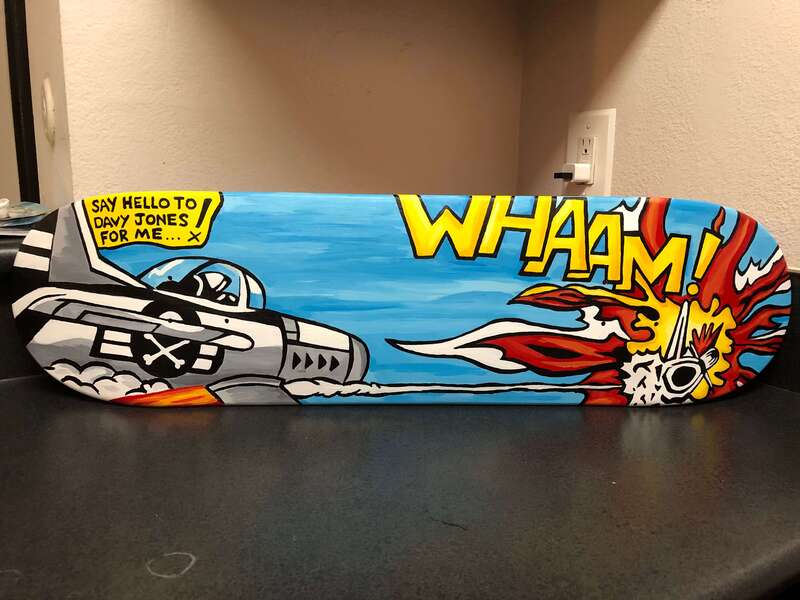 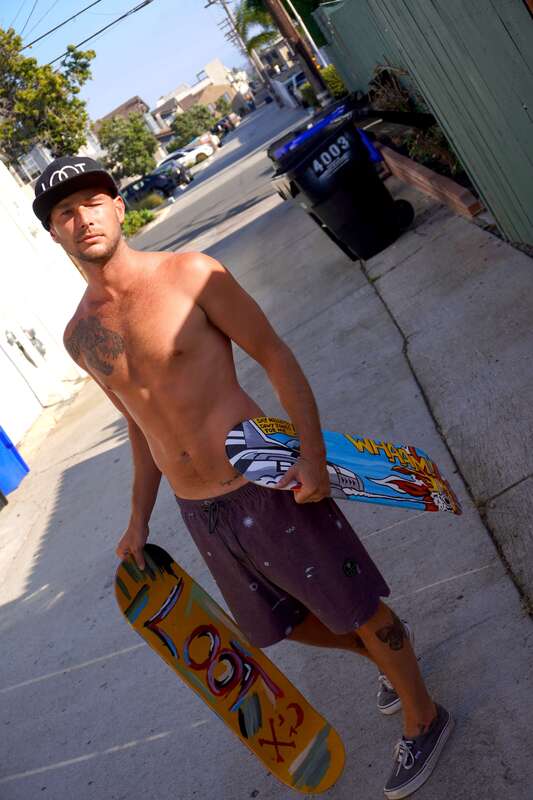 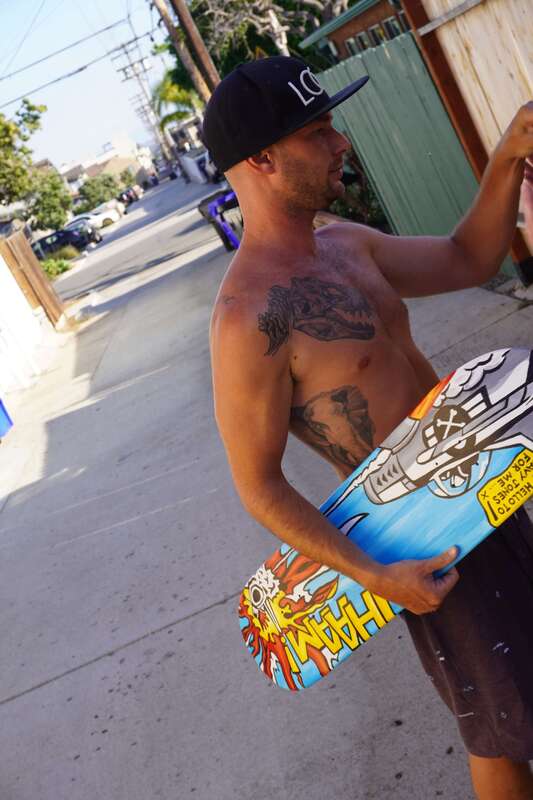 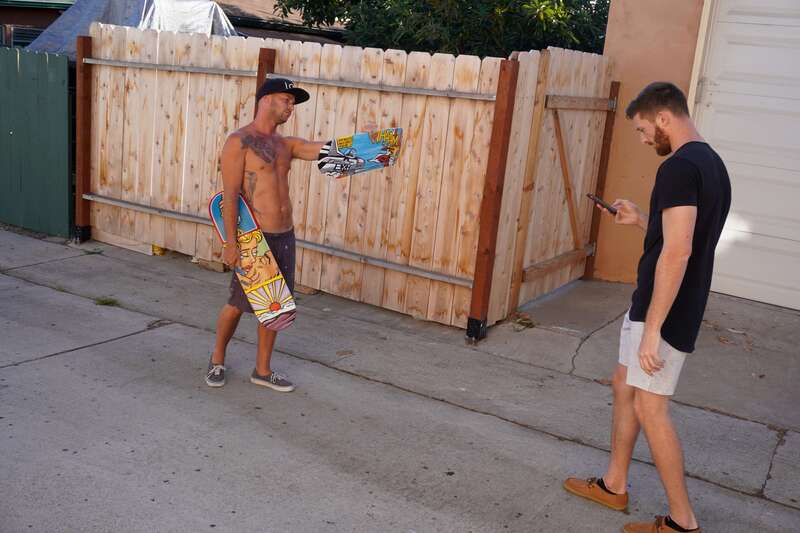 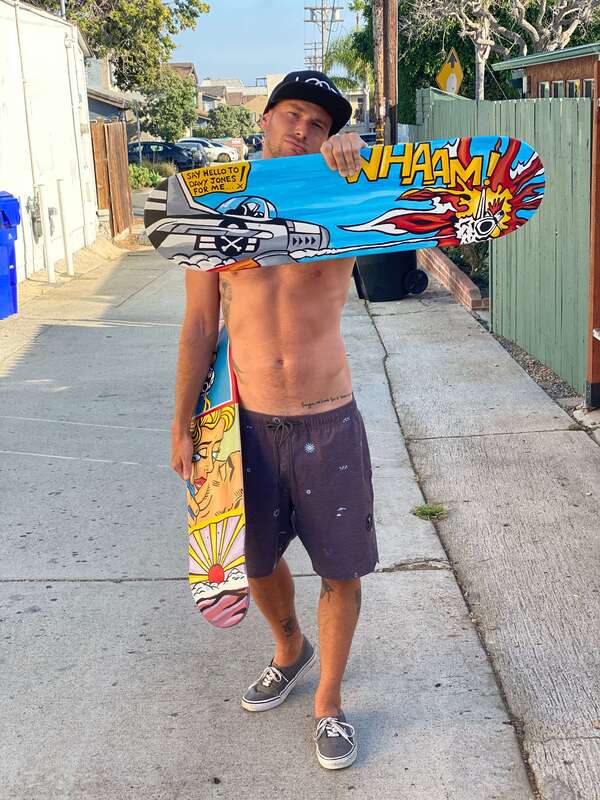 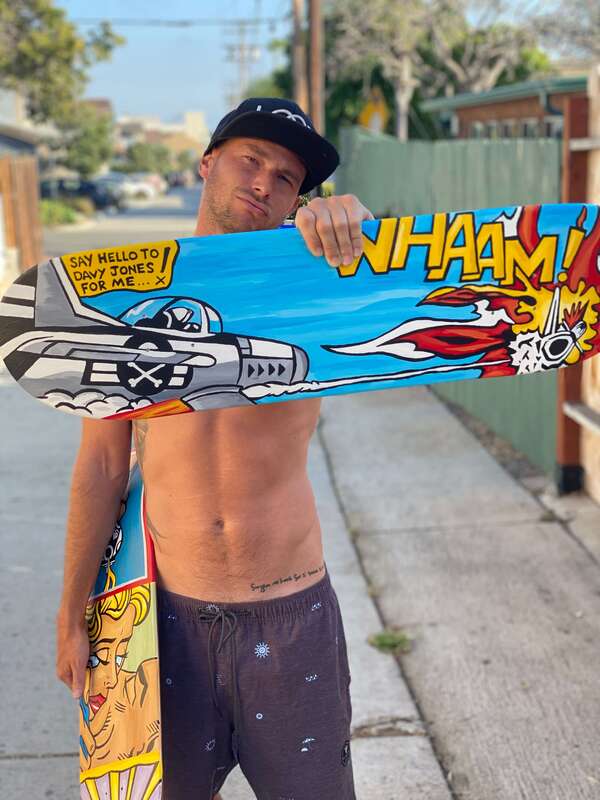 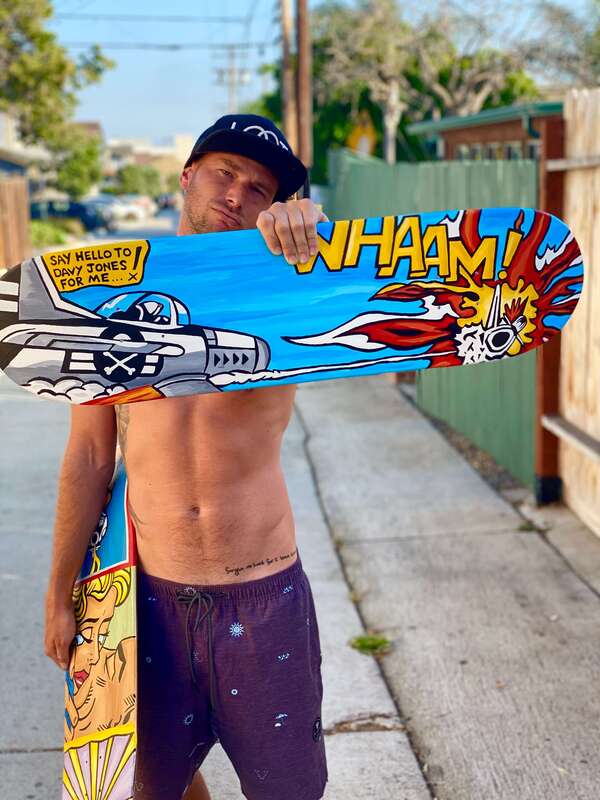