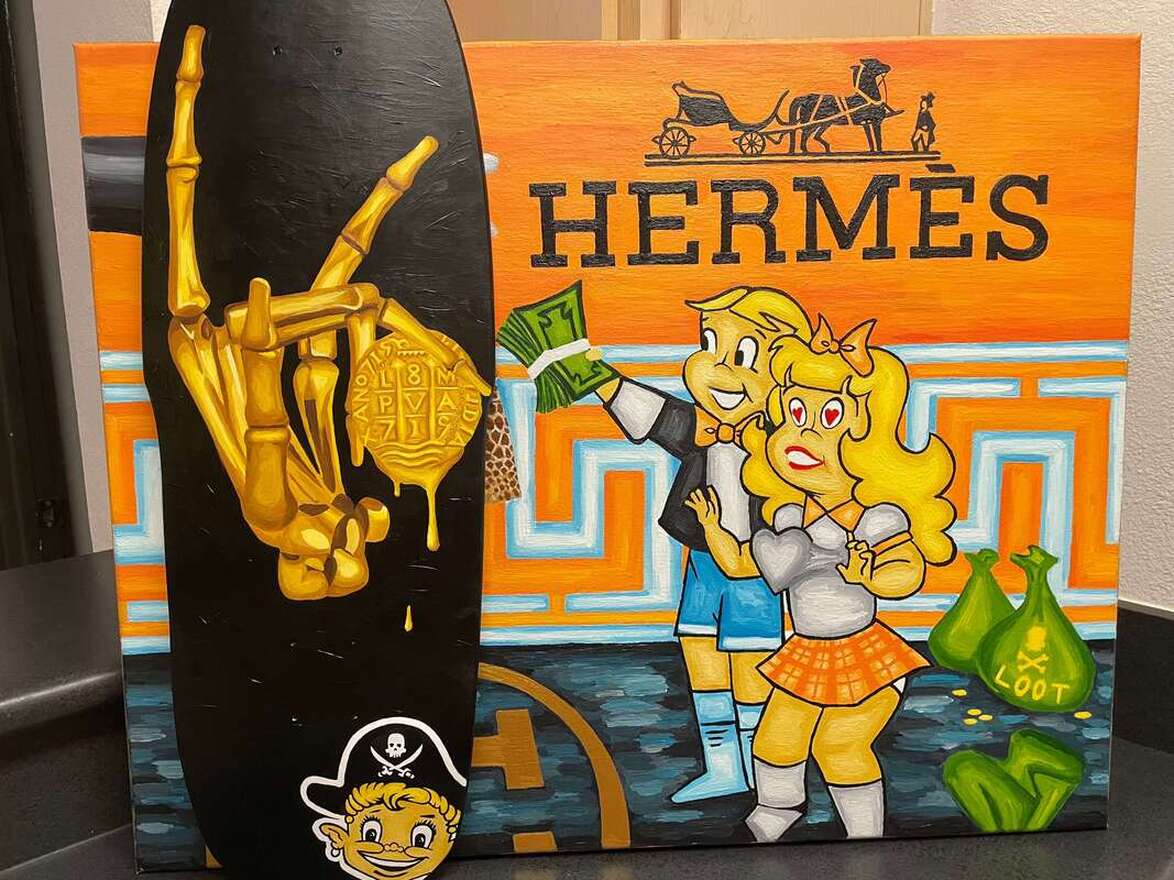 The skateboard is symbolic because it represents the essence of a pirate’s life. It’s usually our first taste of freedom as kids, yet can get you into trouble with authority. Skating in a skatepark is like privateering where you had legal authority from the crown to loot ships of other countries. Skating in the streets is like being a real pirate, no papers. The only difference is very small but very significant.
​
I used a ‘Lords of Dogtown’ shaped board because that era in Venice Beach encompasses the pure spirit animal of skateboarding.
The golden skeleton hand even in itself is symbolic, once you hold the loot, it doesn’t matter what color skin you have, all anyone sees is your golden bones. Pirates were all races because they would regularly free the captured slaves on ships they were looting, and gave them the option to join the fellow crew. Also, everything was split exactly even, captain included. I painted the Peru 8 Escudos dated the holy grail date “1715” the year of the Fleet Shipwreck! 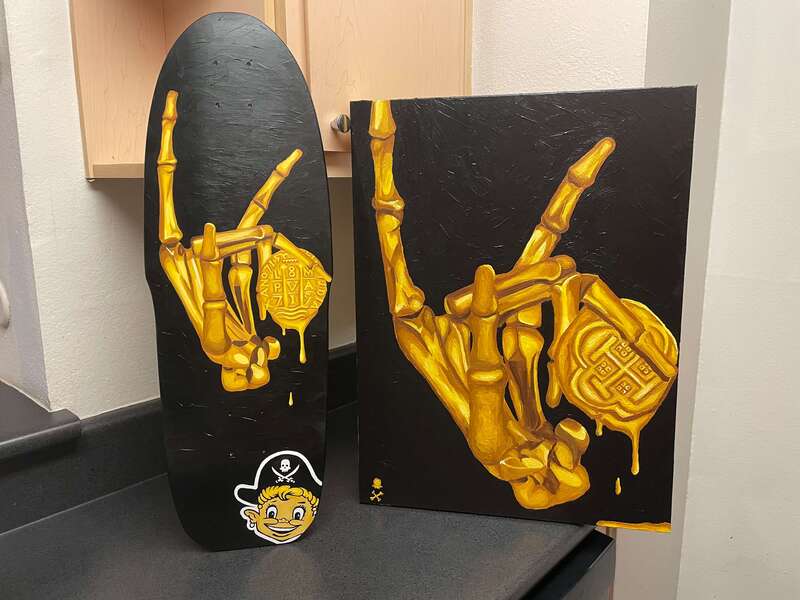 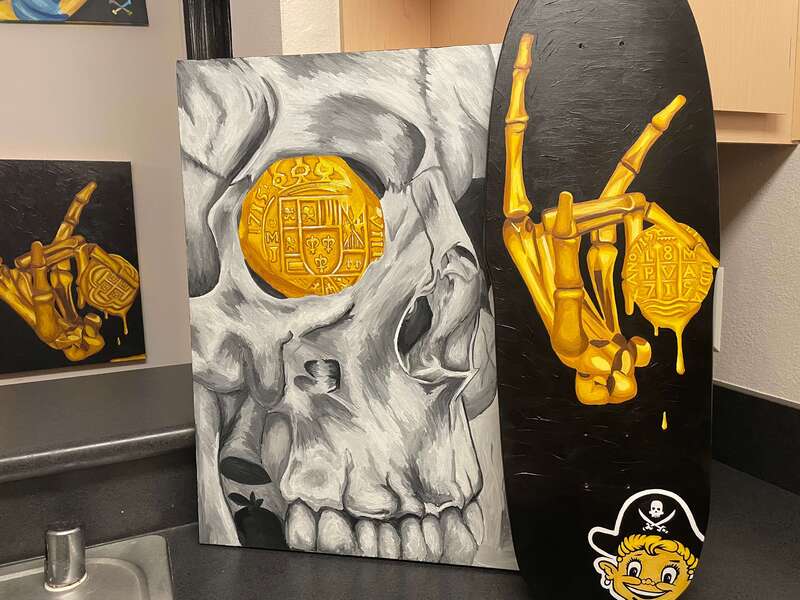 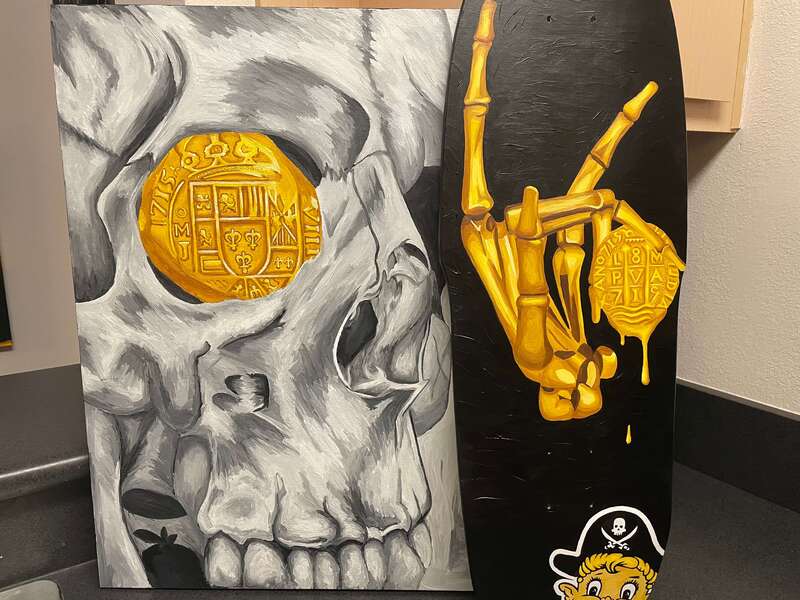 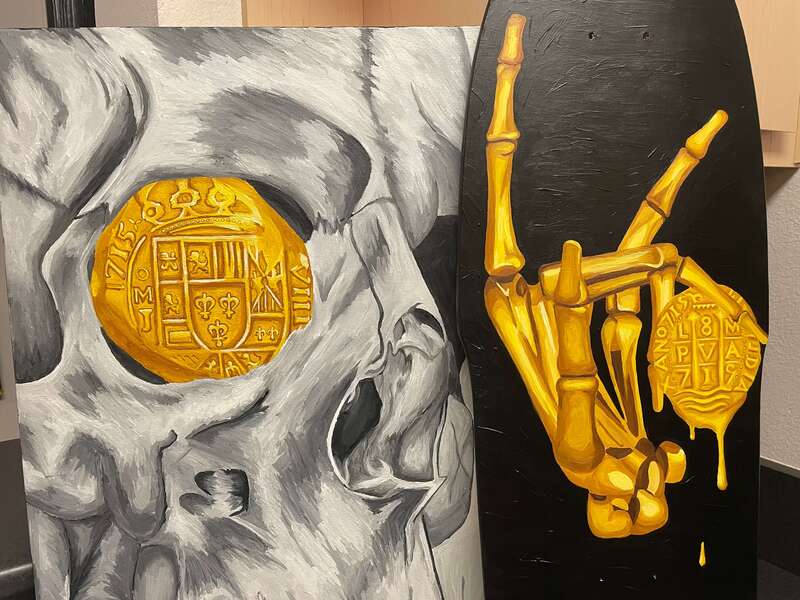 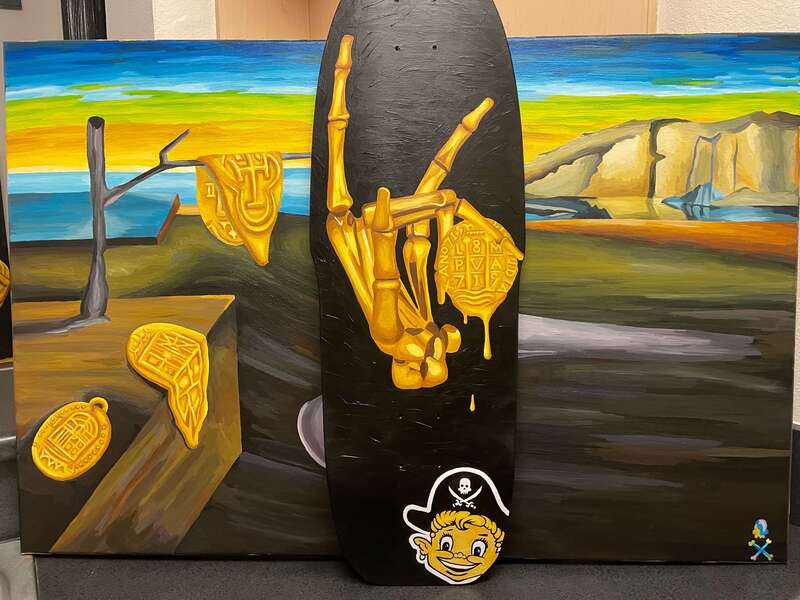 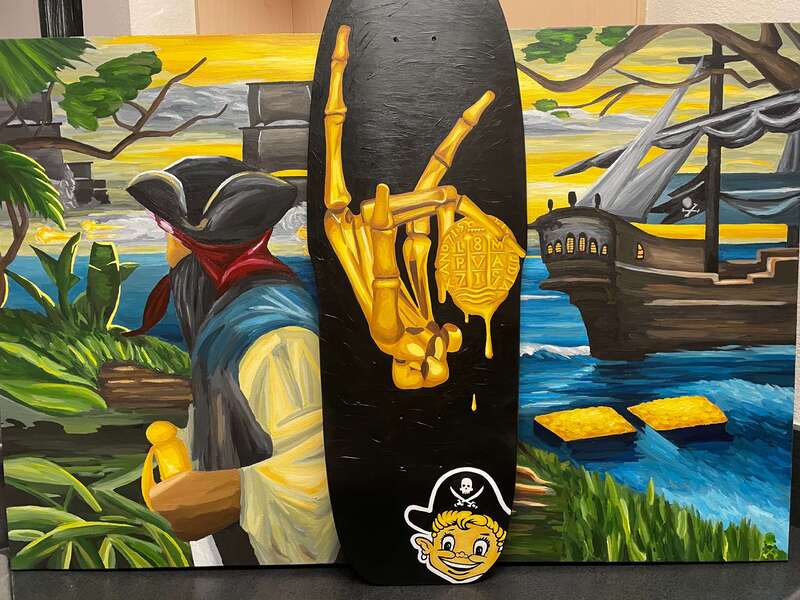 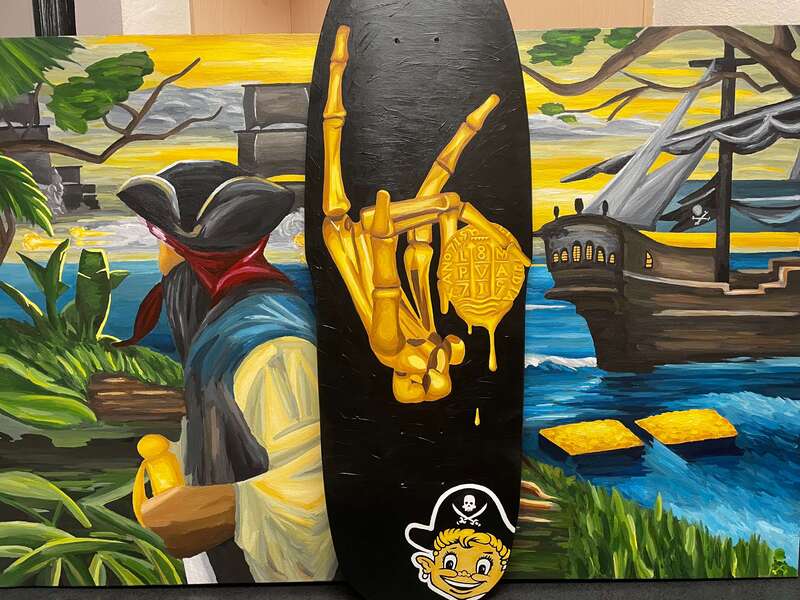 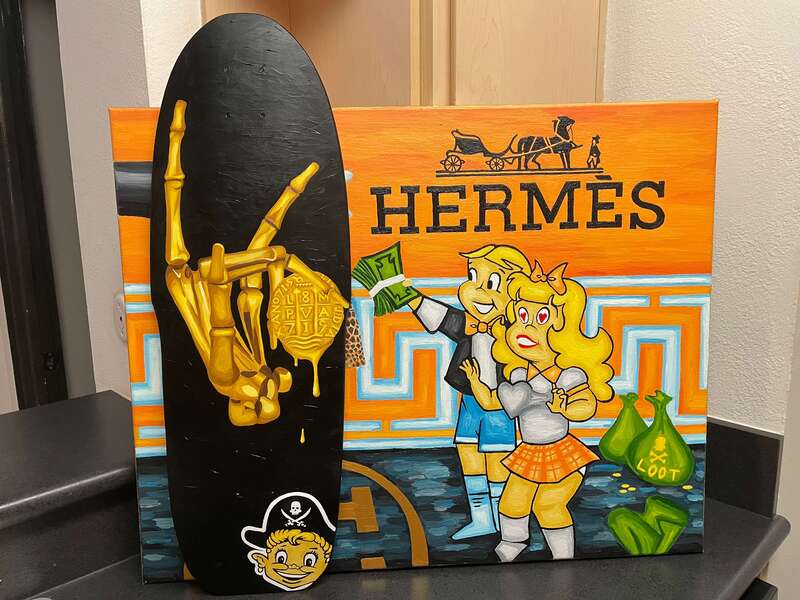 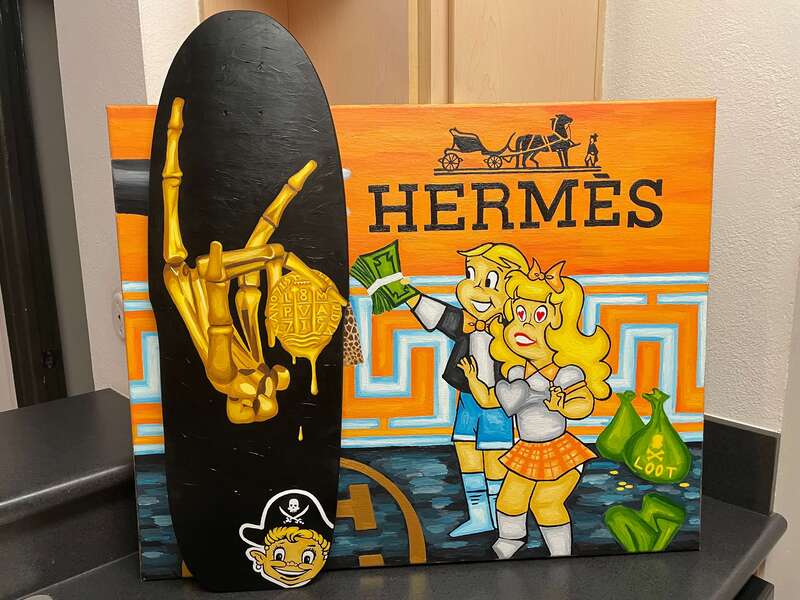 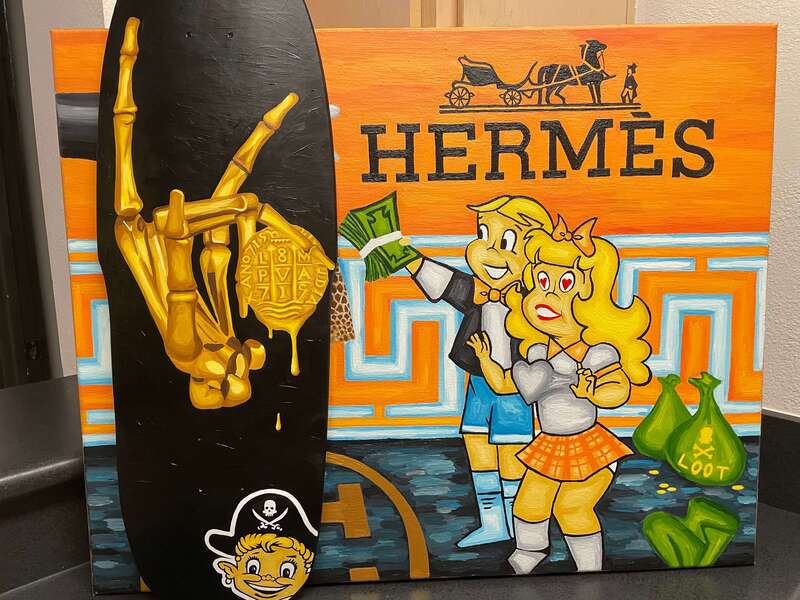 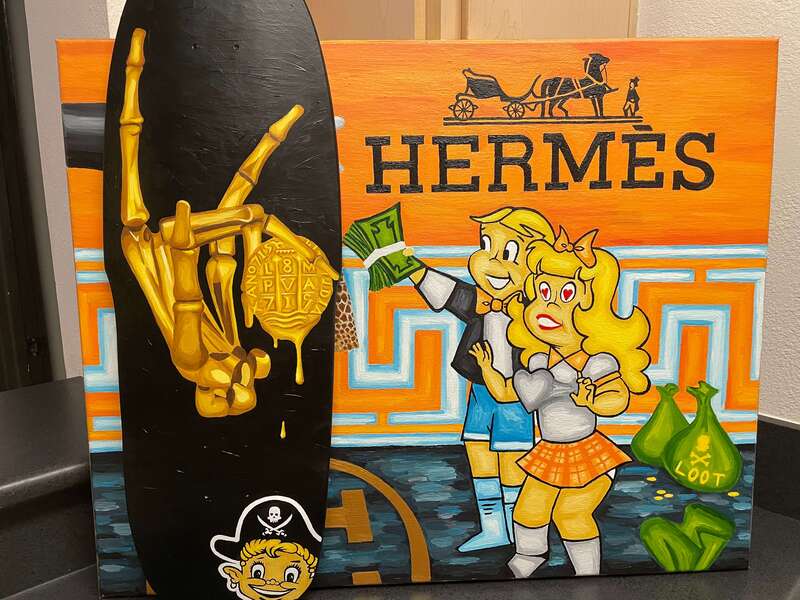 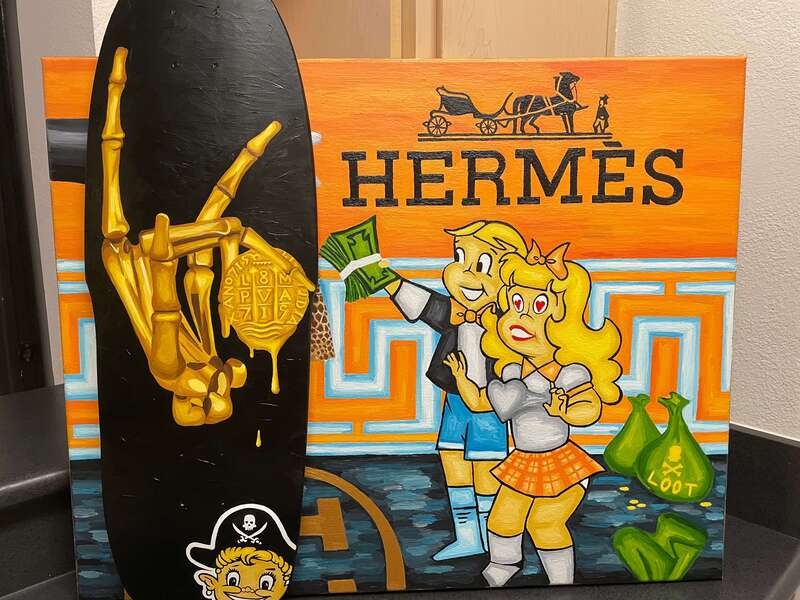 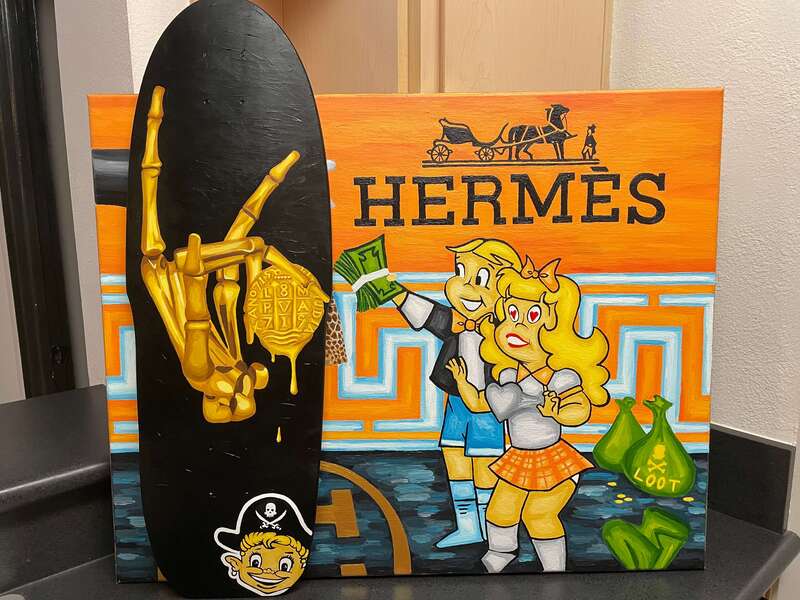 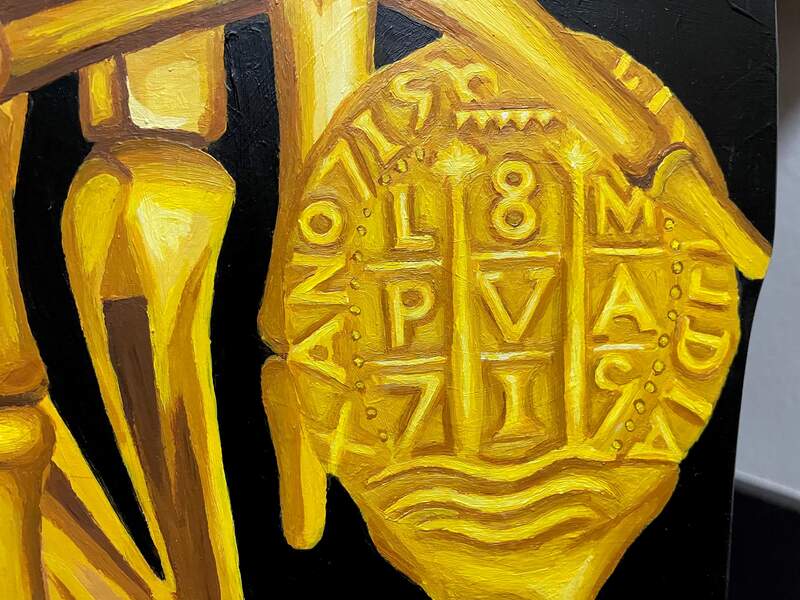 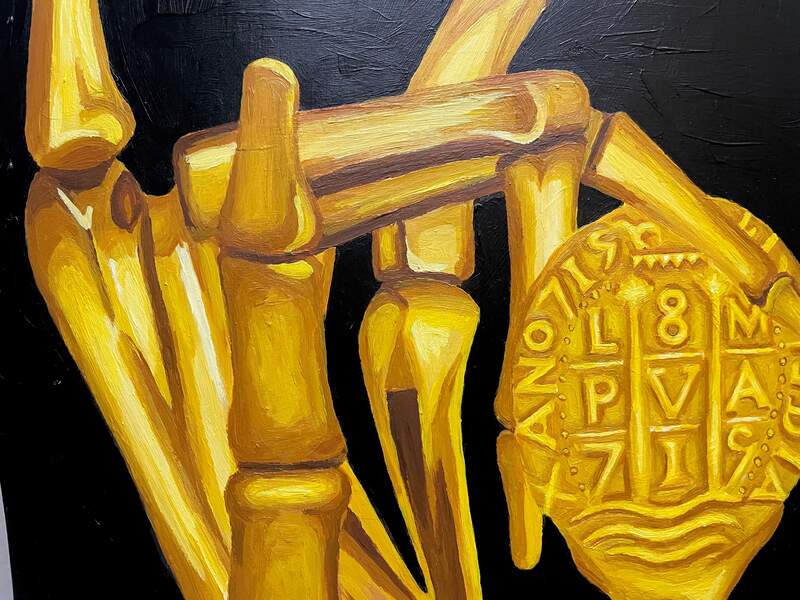 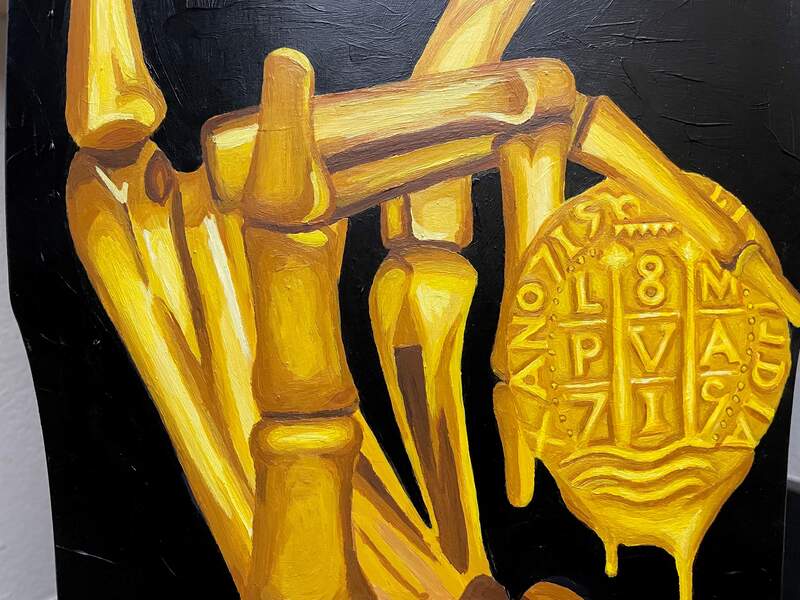 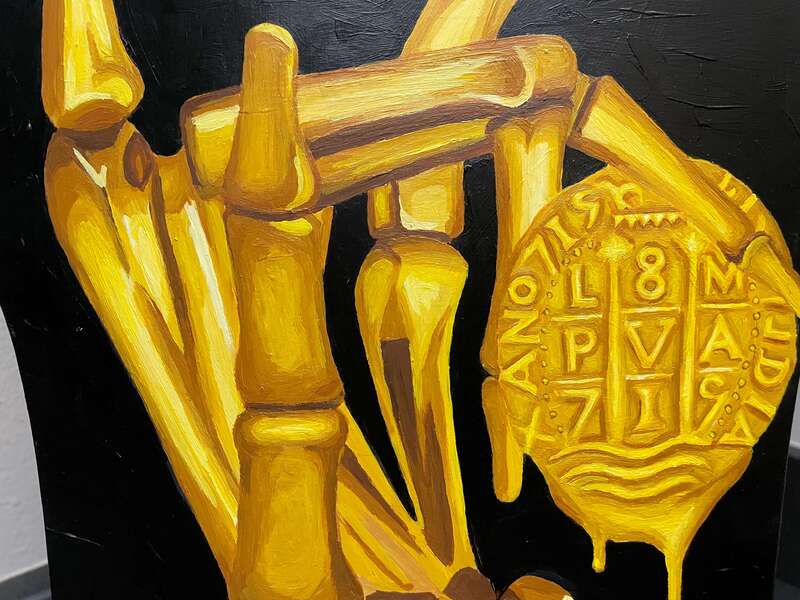 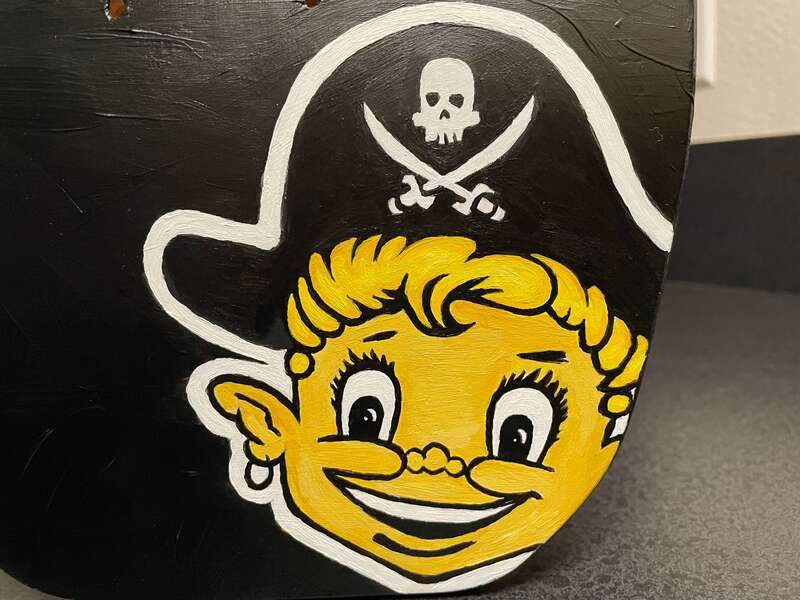 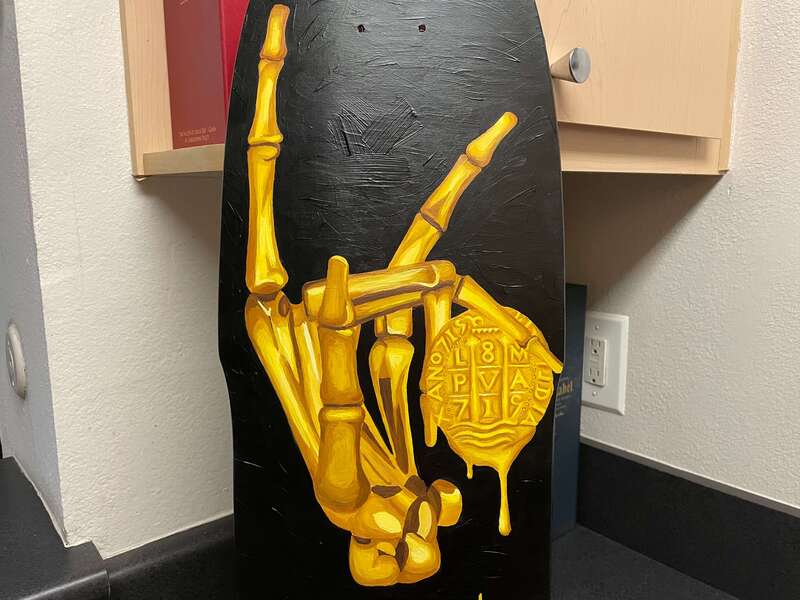 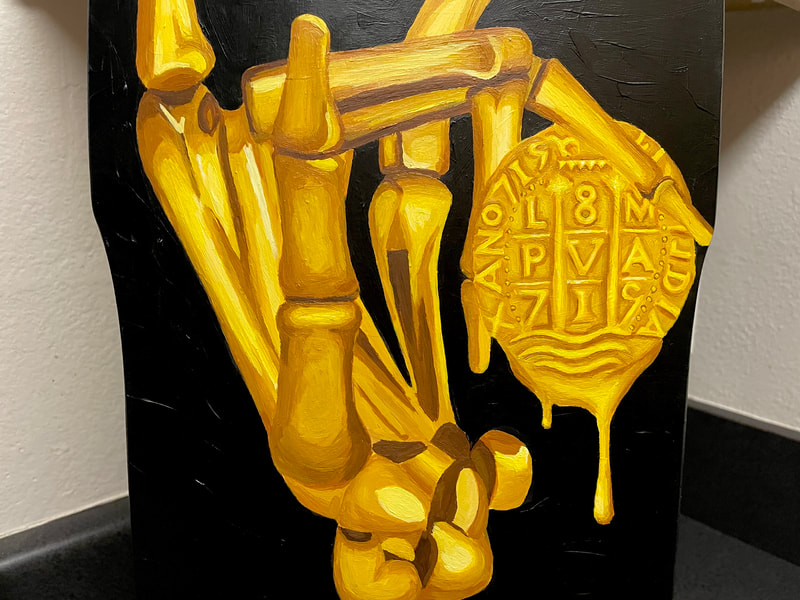 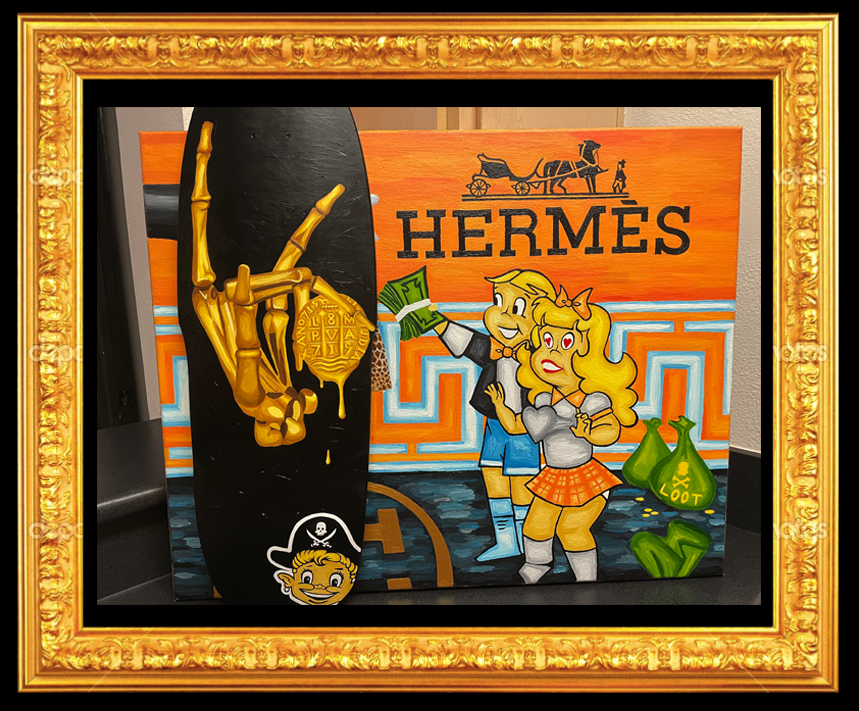