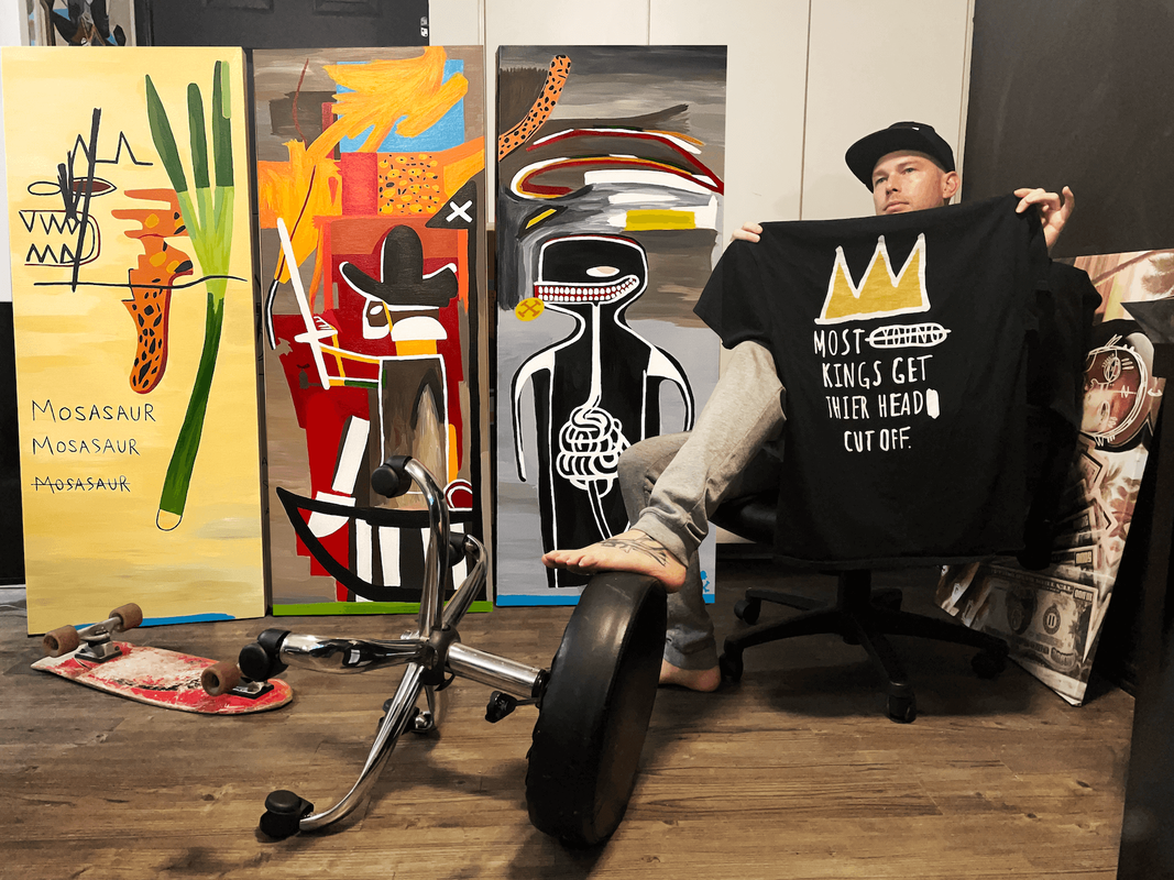 Click above image to view in eBay store
JR Bissell’s A Pirate Rendition of Basquiat’s Triptych (sold $37m). I love everything about Basquiat the person he was such a pirate. He started off doing street graffiti art that was unlike anything seen before, writing these provoking sayings under the alias Samo. He lived off scraps on the streets drinking wine with the winos completely homeless. He painted on anything he could find, doors etc. Once he was famous he stayed true his pirate roots, the New York Times sent a photographer back 8 times to retake this photo to try to get him to wear shoes for the cover (something that really hit home to us west coast pirates who call them foot prisons). On his very first First Class flight he lit up a joint during take-off, when the flight attendant told him you can’t smoke that in here, his reply was “Sorry, I thought this was first class.” He was certainly a free roaming pirate who couldn’t be told what to do.
​
I added the original, so you can see what pirate elements were added. A doubloon in his mouth on the right panel, I changed the middle panel from riding a donkey, to riding a pirate ship with a new pirate hat and sword. The left panel I wrote Mosasaur 3 times. Basquiat loved to do this and cross words off, he like the power of crossing something out. He used to say, “I cross out words so you will see them more; the fact that they are obscured makes you want to read them more.”

The artist famously appeared with the painting on a 1985 cover of New York Times Magazine, combining the exhibitionist energy of the city at that time with the multifaceted subject matters the artist wished to convey through the work. Untitled addresses the complications of being a Black artist in a treacherous and very white art world; it also includes a figure on horseback wearing a hat that mirrors the image of Don Quixote upon a similar steed.

Don Quixote was a story that Basquiat’s mother told him frequently, and as used in this triptych, Basquiat’s take on the supremely individualistic hero also mirrors work of Quixote made by Picasso. Although it’s notable that the triptych did not sell for quite as much as some of Basquiat’s other works, which bear more of his distinctive visual signifiers that have since been reproduced ad nauseam on merchandise and posters, it’s at least almost certain that the buyer of the painting will keep it safe. 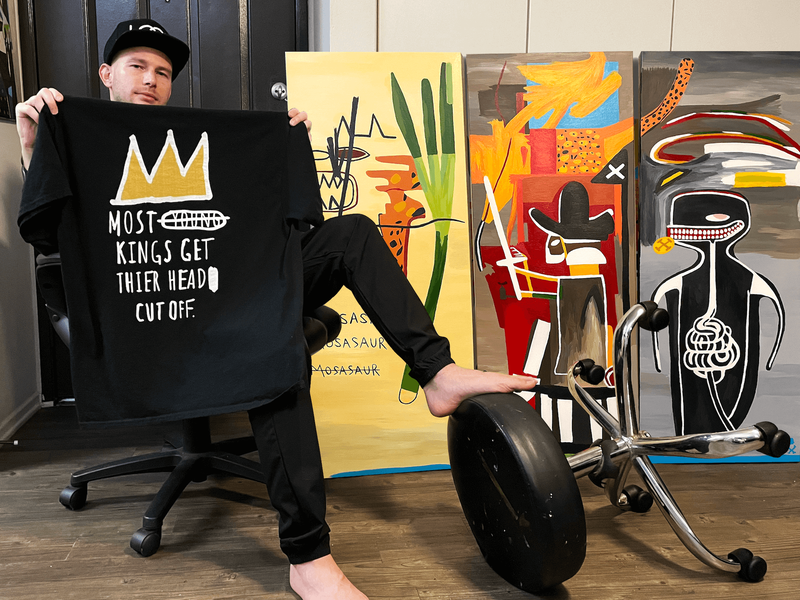 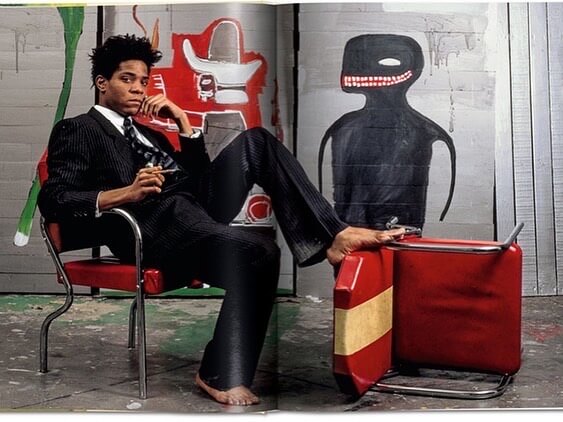 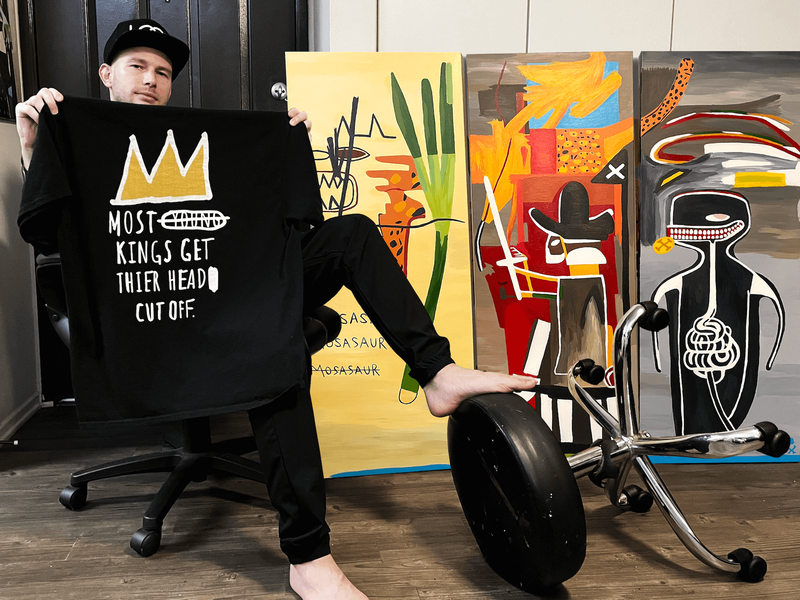 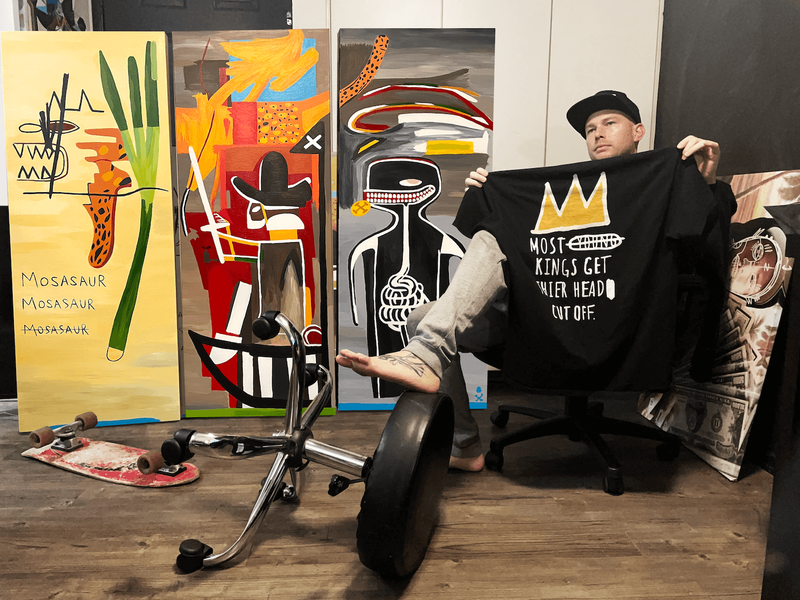 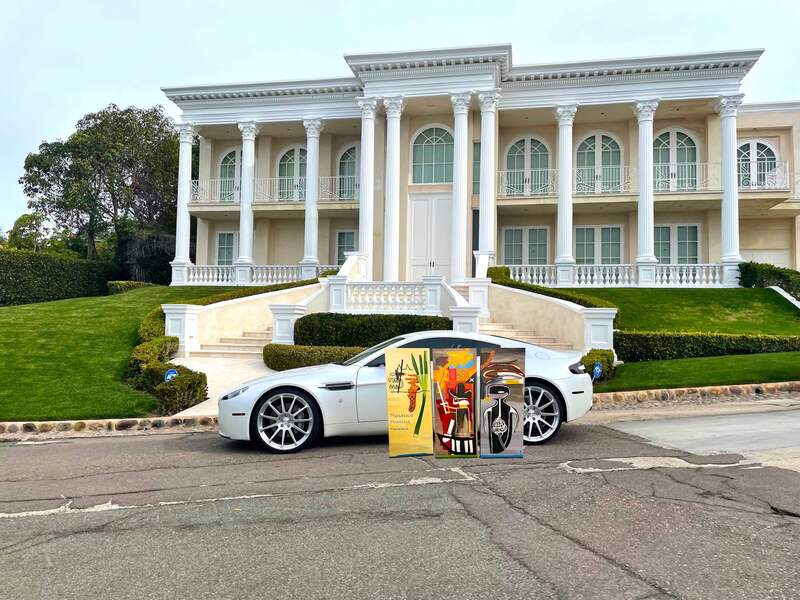 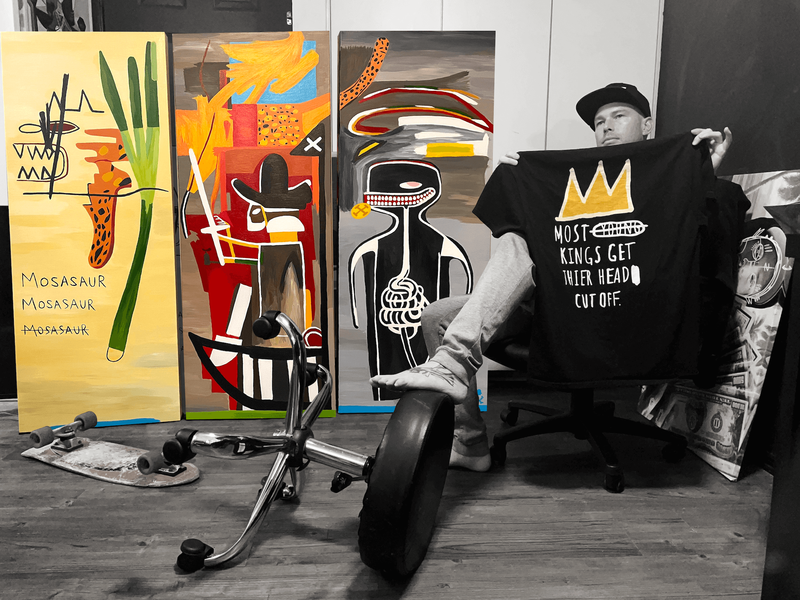 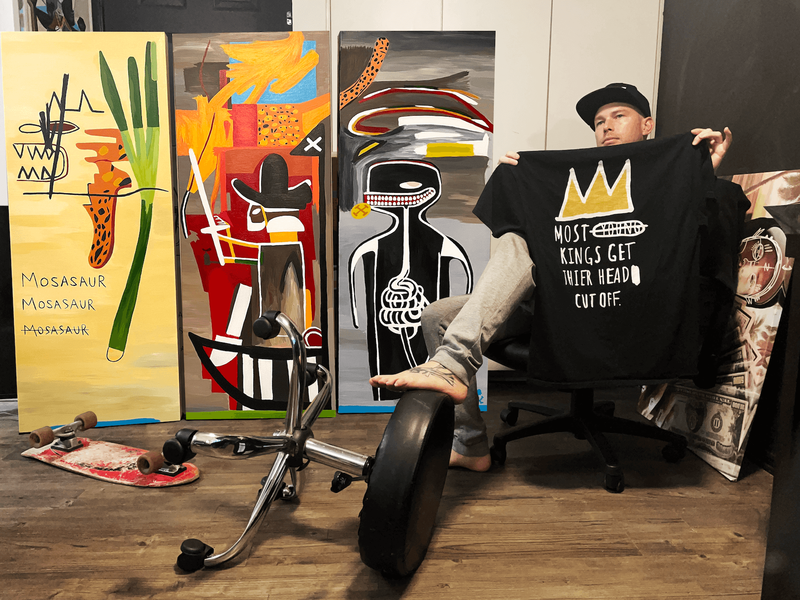 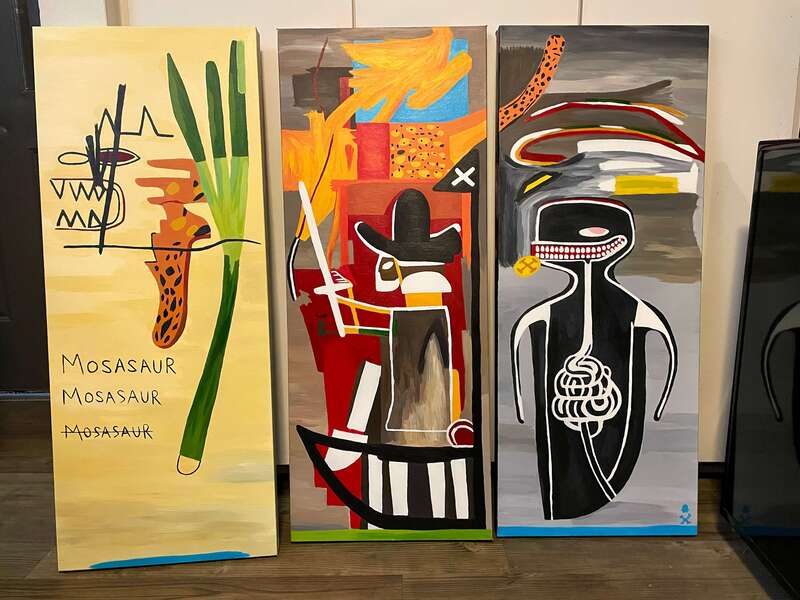 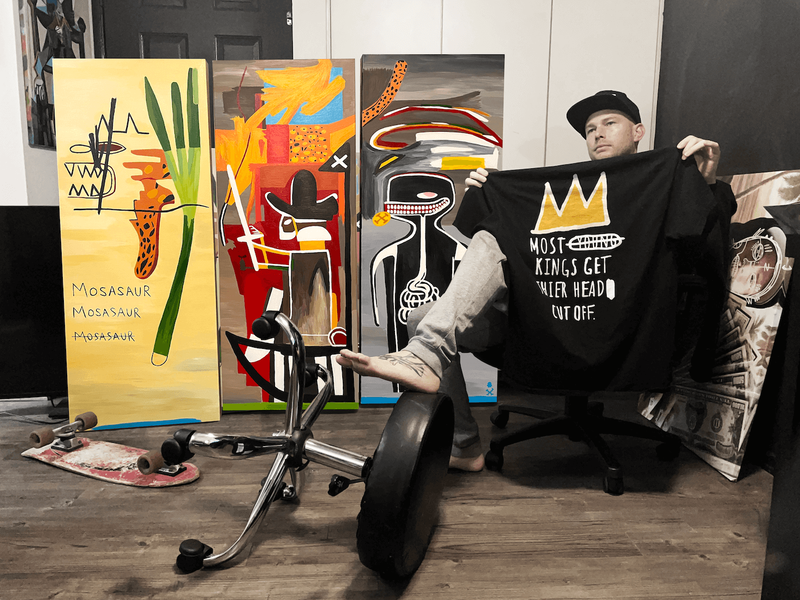 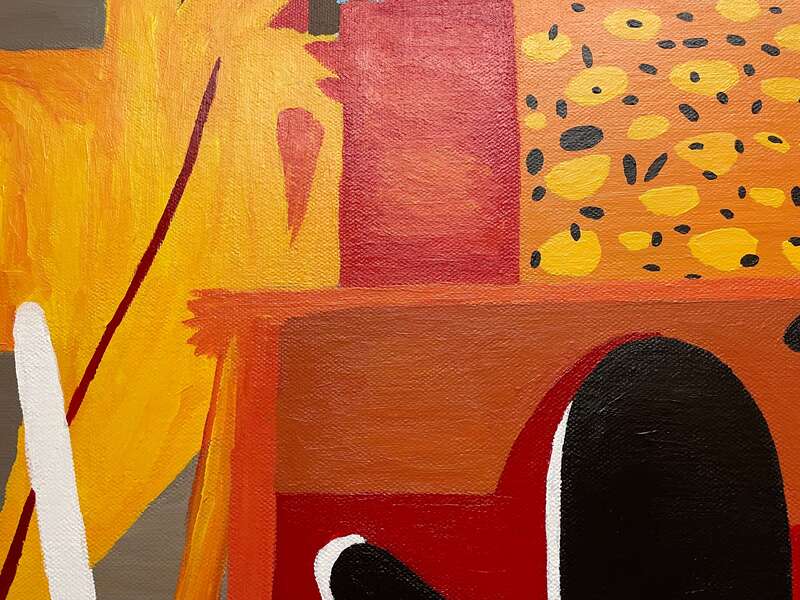 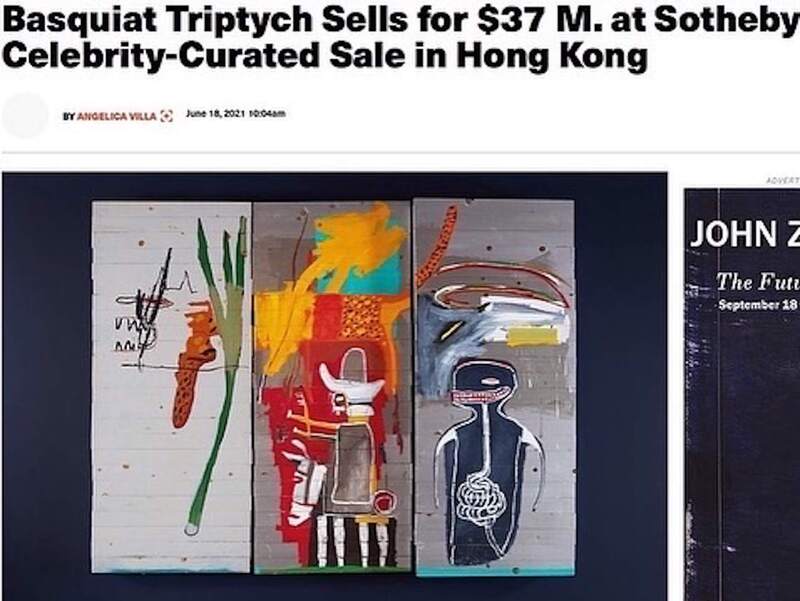 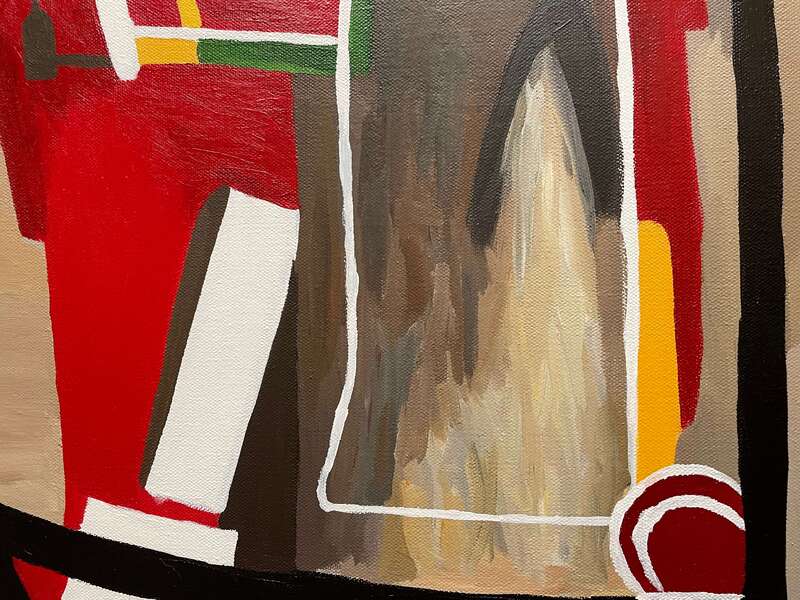 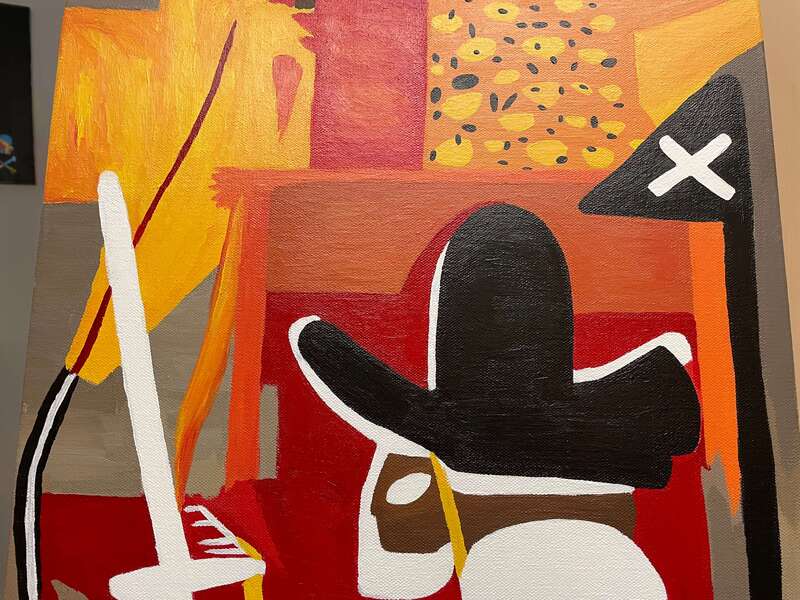 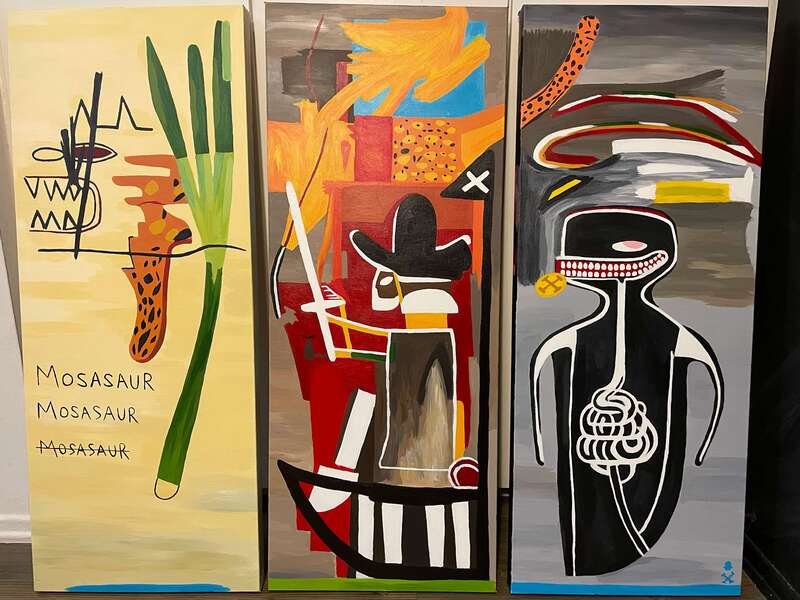 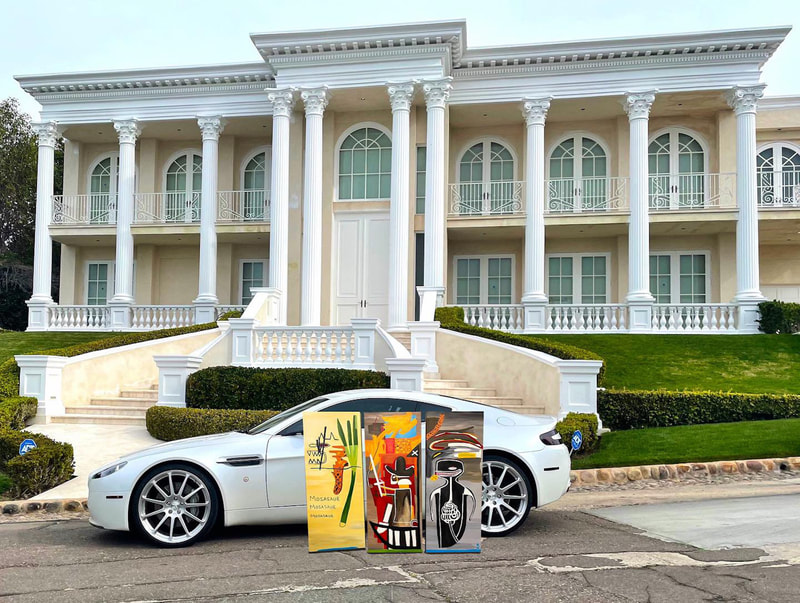 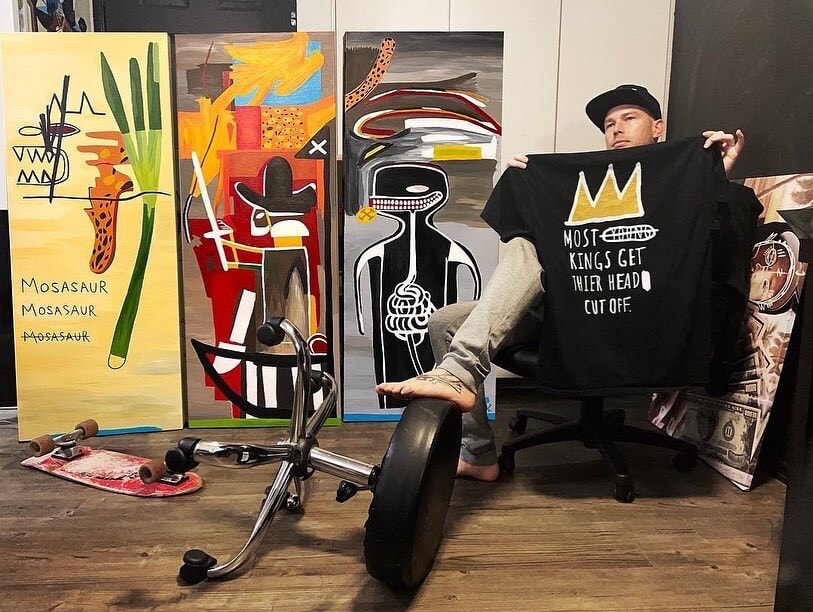 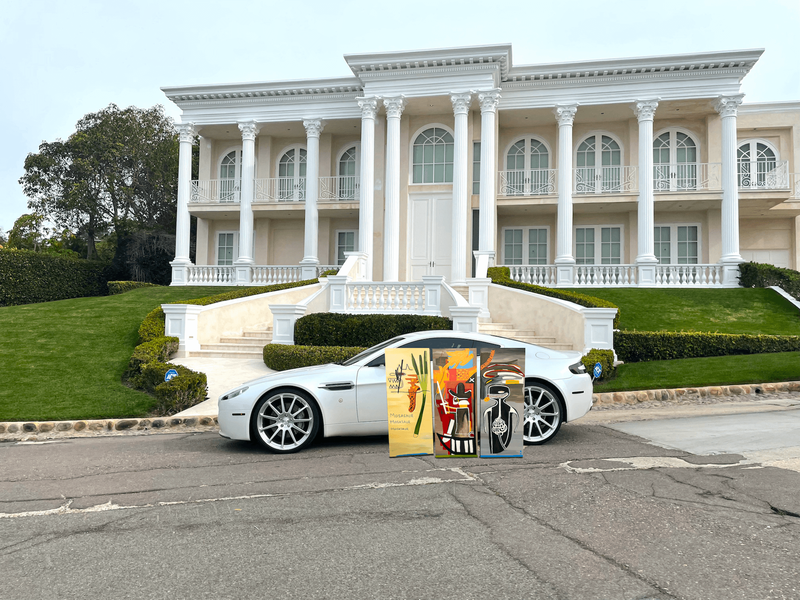